The Festa del Redentore, one of the most important traditional events in Venice, commemorates the end of the plague of the 16th century. The annual celebration takes place during the weekend of the third Sunday of July.

Between 1575 and 1577, the plague struck Venice. The bacterium was thought to have been brought into the city on one of the commercial vessels.  The plague killed 50,000 people, almost one third of the total population. The most famous victim was the painter Tiziano (Titian), who died in 1576. Although, since he died at age 88, it is not definite whether he died from the plague or from another disease.

In 1576, Doge Alvise Mocenigo made a promise to God to build a church in exchange for an end to the plague. When the plague ended in July 1577, the new Doge Sebastiano Venier honored this promise and built a temporary wooden church. The Redentore Church, named after the Redeemer, later replaced the wooden church.

The Santa Maria della Salute Church was built for a similar reason. This church remembers the 1630 plague in Venice. 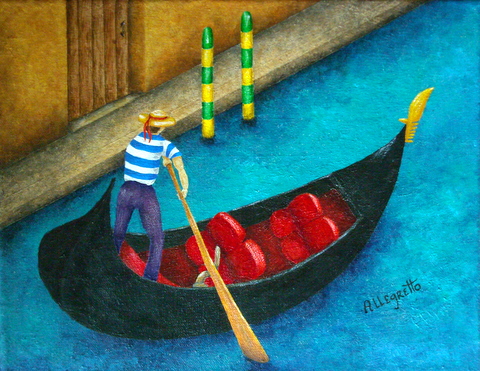