“I’ve just read Pamela Allegretto-Franz‘s wonderful novel ‘Bridge of Sighs and Dreams’…Italy in the late thirties and forties: ‘Fresco’ is a particularly apt term for this book, written by an artist, where the main character is an artist, and where Allegretto transposes her pictorial ‘eye’ to the written page, creating a vast, detailed, and sensuous word-portrait as the background for a personal drama as full of passion as the classical dramas of antiquity. A must read!🌹”

“Although many novels have been written about France during the Occupation of WW2, Italy’s history in the late thirties and forties is less well documented in fictional form. Starting with the rise of fascism under Mussolini, going on to the surrender and subsequent occupation by former ally Nazi Germany, this book, covering some of the most sombre pages in modern European history, is ultimately uplifting in its faith in the resilience of the human spirit to survive and endure.
Pamela Allegretto’s fascinating story opens in 1938 with a bucolic scene in a cherry orchard in southern Italy. We are on the farm of the Lombardi family, ‘at the base of the Matese mountains’, a farm whose 12th century walls have ‘stood vigil over the Lombardi family for hundreds of years.’ But this is about to change with brutal suddenness, signalling the end of an era and the beginning of a courageous struggle by one woman to survive and protect her daughter in a country torn apart by war and political divisions, set mainly against a fresco of life in occupied Rome.
‘Fresco’ is a particularly apt term for this book, written by an artist, where the main character is an artist, and where Allegretto transposes her pictorial ‘eye’ to the written page, creating a vast, detailed and sensuous word-portrait as the background for a personal drama as full of passion as the classical dramas of antiquity.
1943: with both parents dead and her husband, Pietro, somewhere on the Russian front, Angelina Rosini (née Lombardi) takes the decision to leave the family farm, now taken over by German forces. She sets out on the dangerous journey to Rome along with young daughter, Gina. But what should have been a safe sanctuary at the home of Pietro’s sister, Lidia and her artist husband, turns into a nightmare. Lidia’s greed, her duplicity, amorality and growing jealousy causes her to turn against Angelina with all the madness and vindictiveness of a Fury. The tense personal drama between the two women plays out against the backdrop of the city, a battered Rome with its starving population, its terrified Jews, and the scattered Resistance members risking their lives in often disorganized struggles against the occupiers. Capture for the Jews means either a swift death or a lingering one in the camps; reprisals for anyone caught helping them, or the Allies, are stunningly brutal, as in the terrible scene of the historically documented account of the massacre at the Ardean caves.
This is both a gripping story and a beautifully written book. The author is not afraid to tackle big themes and her narrative sweep is enhanced by a cast of memorable characters on all sides of the conflict, sensitively portrayed, using nuances of grey as well as high, dramatic contrast.
A must-read!”

BRIDGE OF SIGHS AND DREAMS is available for purchase in paperback and eBook at: 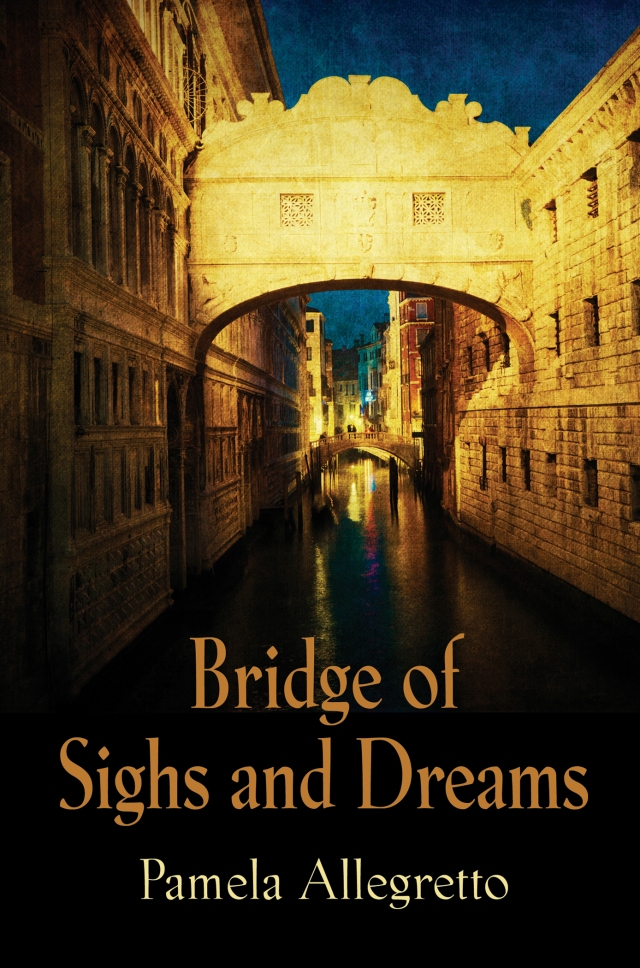 BRIDGE OF SIGHS AND DREAMS